Two philosophies I always try to live with:

Keeping a journal has always been my way of keeping my thoughts and life organised and living a life of purpose. 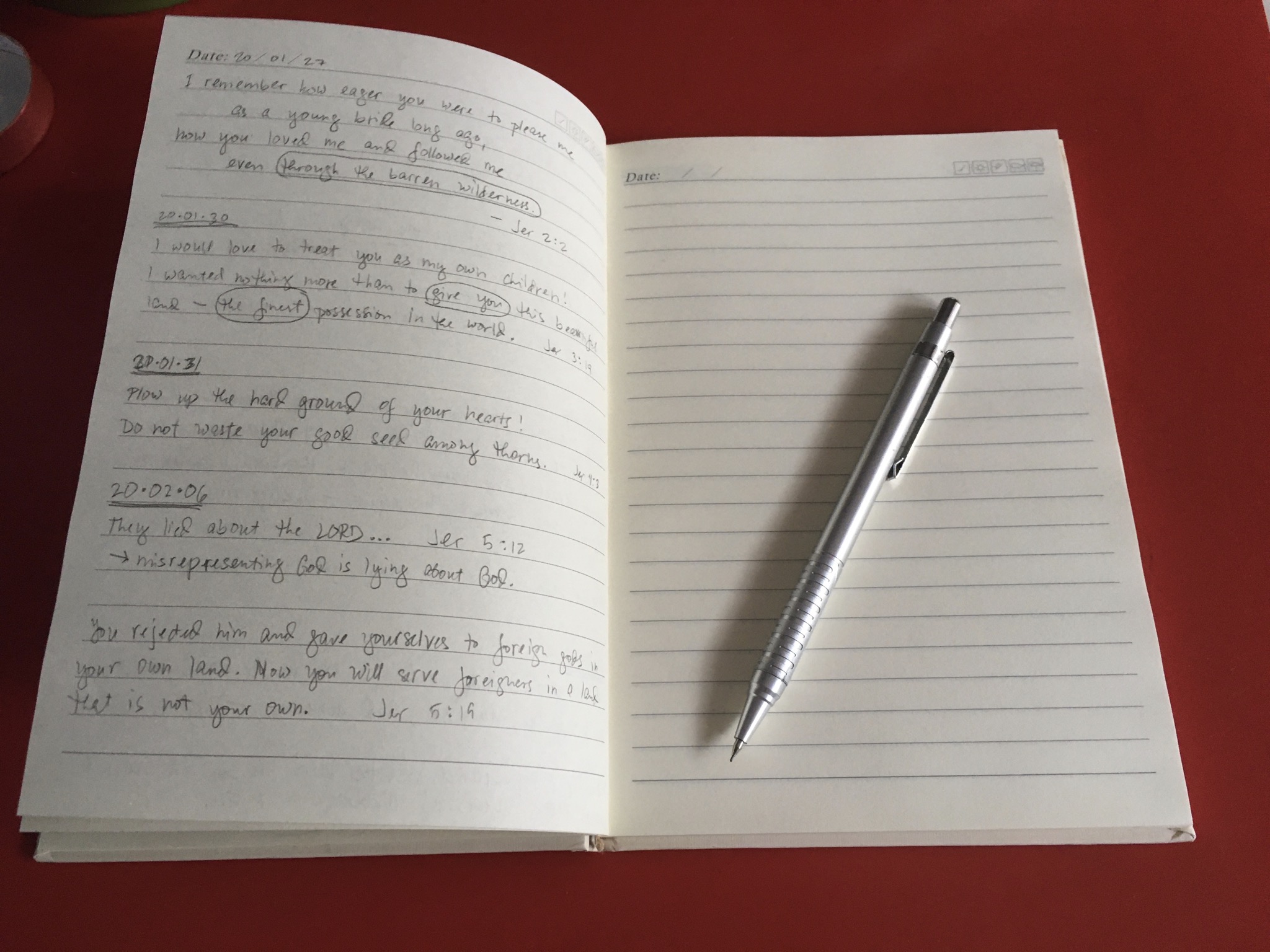 "I think, therefore I am" as the philosopher René Descartes once said. It's part of being human, and what separates us from other creatures (even AI and deep learning). God has given us this ability to think and choose. So I think and make choices ahead of the situations, even before they occur. Other teachers call it "pre-made decisions". You decide what to do, for example, when someone hurts you, or someone cheats on you, even before someone actually does that against you. That's my definition of meditation. People think that meditation is about being idle for few minutes or hours in a certain position, sometimes listening to a certain genre of music, in an empty state of mind. But it's actually the opposite. When meditating, our mind is busy simulating and analysing situations or ideas. God said to Joshua, "...you shall meditate on it (book of the Law) day and night, so that you may be careful to do according to all that is written in it. For then you will make your way prosperous, and then you will have good success." (Joshua 1:8). Meditating is an active state of mind, empty of external distractions. You're putting an idea, or God's Word in this case, into action starting from the mind. As Apostle Peter said "Prepare your minds for action..." (1 Peter 1:13). For "Whatever the mind can conceive and believe, the mind can achieve." (Napoleon Hill). It's not magic, but it's about making a decision to do something or act in a certain way, even before the opportunity to do it comes. "Watch your thoughts, they become your words; watch your words, they become your actions; watch your actions, they become your habits; watch your habits, they become your character; watch your character, it becomes your destiny." Lao Tzu So why is writing a journal important as part of meditation? In the book "Persuasion" by Robert Cialdini, he carefully explained how writing reinforces our ideas in uniting it with our character. It was a technique used by the Chinese to persuade the American prisoners of war to cooperate with them during the Korean war. And American psychologists confirmed its effectiveness by interviewing these former prisoners. By adding an extra effort (through writing in this case), the idea is being impressed more into our being. Other studies, mentioned in the book "The Power of Habit" by Charles Duhigg, talked about how writing makes us more conscious with our choices, which translates more effectively into a sustained action, a habit. No wonder why many professional seminars and trainings incorporate a lot of questions and blank lines into their workbook materials to force the participants to write. The effectiveness of writing has been proven many times specially in the field of psychology. And no wonder why God instructed the early kings of Israel centuries ago:

"And when he sits on the throne of his kingdom, he shall write for himself in a book a copy of this law... And it shall be with him, and he shall read in it all the days of his life, that he may learn to fear the Lord his God by keeping all the words of this law and these statutes, and doing them". (Deuteronomy 17:18-19)

Writing down our thoughts, or even someone else's thoughts, solidifies and translates these thoughts and ideas into ones character.

In this age of digital social networking, distractions are everywhere. I picked up my phone just to check on my calendar when is the flight of my brother, but the first thing I saw was a notification from Messenger. So maybe I can quickly read it first. Wait, it's only few seconds to reply. Then he replied quickly too, so now we have to talk. After few minutes of chatting, I forgot why I opened my phone in the first place. Oh yes, I was suppose to check my calendar. Outside distractions are real, but there is also an internal distraction. Because I like writing in my journal, I thought, maybe I can use technology to do that. So I bought an iPad mini and Wacom pen (before the release of Apple pen). Cool! But wait, not all the features I want are there, so maybe there is another app out there that has that feature. I searched, installed, uninstalled, installed another one, and ended up installing the first one after couple of hours of trying. After couple of days, the other app has an update, which is now superior than the other, so now I have to do the same process of choosing an app again. Then, after couple of months, this app is dead; the company is shutting down. It's time to choose another app. I ended up with a digital fatigue. Digital fatigue is only one of them. The book "The Paradox of Choice – Why More Is Less" by Barry Schwartz discusses how our happiness degrades the more choices we have. Using his personal experience with buying jeans as an example, he spent an hour trying on all the styles of jeans. He bought the best pair of jeans, but he felt worse. Why? Due to the increase of choice there are so many more opportunity costs (options you didn't choose). Now you feel a sense of regret. Choices take more of our time, yet in the end it leaves us less happy with our choice. With so many decisions we have to do every day, when accumulated, it leaves us drowned in busyness with less time on what matters most to us. The same reason why Mark Zuckerberg uses the same tshirt everyday. He said "I really want to clear my life so that I have to make as few decisions as possible about anything except how to best serve..." Steve Jobs and Albert Einstein do the same for the same reason. This is the subject discussed in the book "The More of Less" by Joshua Becker. He said "Minimalism is the intentional promotion of the things we most value and the removal of anything that distracts us from it." Because "the cares of the world and the deceitfulness of riches and the desires for other things enter in and choke the word, and it proves unfruitful." (Mark 1:19). With these 2 principles, journaling and minimalism, I ended up using a traditional, old school, notebook instead of any digital notebooks and pen out there. Now I can focus on writing again. Simplicity is life.

by Noel Pure
I'm a Python web developer by profession and the author of Noel Codes and Ancient Views. I like coding and reading books, specially the Bible.
Tweet